The demand for electrical energy grows 0.3% in October

The demand for electrical energy on the Spanish peninsula in the month of October was 19,751 GWh, an increase of 0.3% with respect to the same month last year. After factoring in the seasonal and working patterns, electrical energy demand on the peninsula grew 3.7% with regard to the figure for October 2014. 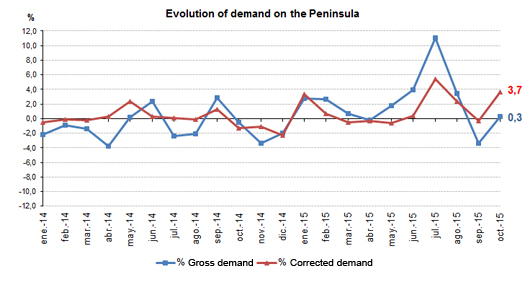 Using provisional data as at 30 October, production coming from wind power during October reached 3,771 GWh, a value 15.6% higher than that registered in the same month last year, and represented 19.9% of the total production.

In the month of October, generation coming from renewable energy sources represented 34.1% of production.

52.9% of electricity generation during the month was obtained using technologies which produce zero CO2 emissions.

Generation mix in the month of October 2015 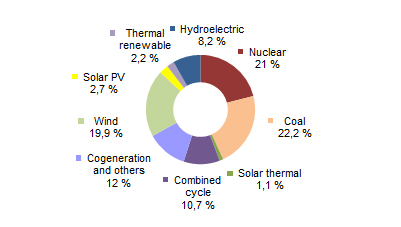 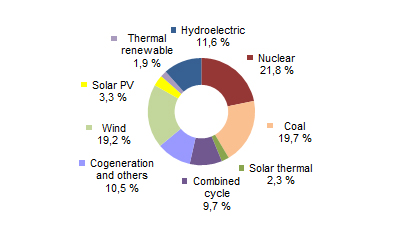