International interconnections are a combination of lines and substations that allow energy to be exchanged between neighbouring countries and that generate a variety of advantages for the connected countries.

Interconnections are key elements in the energy transition. They play a vital role in improving the integration of renewable energies and moving forward in decarbonization, so strengthening interconnections is one of the priorities for the next few years in the development of the transmission grid.

The development of new interconnections is indispensable to achieve the binding goal of 32% renewable energies by 2030 set by the European Union in June 2018, because increased interconnectivity between countries allows greater integration of renewable generation with other systems.

International interconnections that allow energy to be exchanged between neighbouring countries generate a variety of technical and economic advantages in the connected countries:

Greater integration of renewable energy.As the interconnection capacity increases, the volume of renewable production that the system is able to integrate safety is maximized, because the renewable energy that cannot be absorbed by the system itself can be sent to neighbouring systems, instead of being wasted. At the same time, in the case of insufficient renewable production or problems on the power grid, a high degree of exchange capacity makes it possible to receive energy from other countries.

Improvement of the security and continuity of electricity supply in the interconnected systems, thanks to energy exchange in cases of need. Interconnections are the most significant instantaneous support for the security of the supply.

Improved efficiency of the interconnected systems.With the capacity that is vacant on lines and that is not allocated for supply security, daily commercial exchanges of electricity are established, taking advantage of differences in energy prices between interconnected electrical systems. These exchanges make it possible to generate electricity with the most efficient technologies, with energy flowing from where it is cheaper to where it is more expensive.

Increased competition between neighbouring systems. Energy imports from other countries require the agents in the country to provide a more competitive offer if they want them to be accepted, generating a drop in prices at the wholesale level.

The Iberian Peninsula, an “electrical island”

We are at a crucial point for Europe in terms of the creation of a new energy model, in which Red Eléctrica de España is being called upon to play a strategic role. This new model, whose objective is to achieve full implementation of the Internal Energy Market,requires the connection between member countries through Europe’s energy networks.

In turn, the central European electrical system is connected to the systems in the Scandinavian countries, in Eastern Europe, and in the British Isles, creating the largest power system in the world. 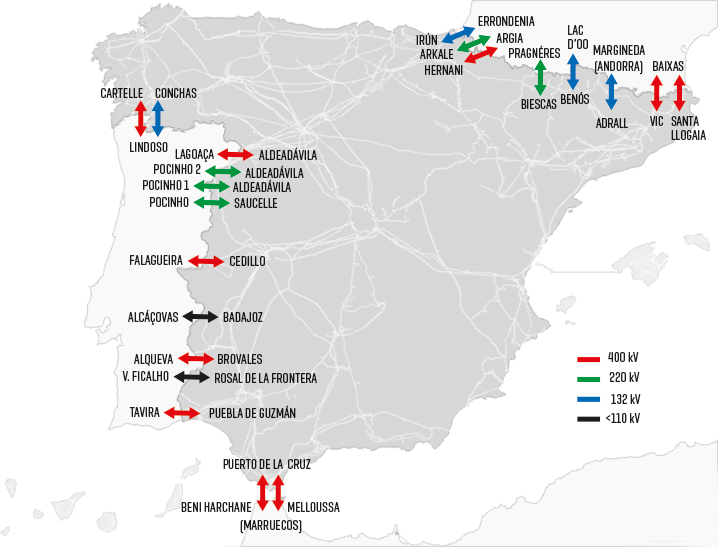 In 2002, the European Union recommended that Member States achieve at least a 10% interconnection ratio by 2020, with this being the sum of the importation capacities versus the installed generating power, to facilitate mutual support and to promote the Single Market for electricity. Later, a new minimum of 15% for 2030 was established. 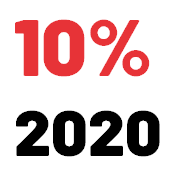 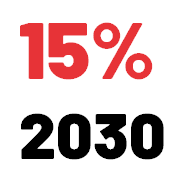 The Iberian Peninsula is much less interconnected with the rest of the European system than the other countries in the EU, which prevents access under the same conditions to the benefits of electrical interconnections.

Development of new interconnections must continue. These projects are the underwater interconnection under the Bay of Biscay, the northern interconnection with Portugal between Galicia and the Minho region in Portugal, and a phase-shifting transformer in Arkale.

The strengthening of interconnections will facilitate the creation of supergrids, understood as supranational grids of high transmission capacity over long distances, and that can help to balance the fluctuations inherent to renewable energies.

The formation of these electricity highways will allow the optimum utilisation of renewable marine and terrestrial resources, and will provide support between interconnected electricity systems depending on the situation of the generation, the transmission grid and the demand existing in each one of them. The targets for 2020 and the European Union’s 2050 roadmap, require the progressive development of electrification and supergrids.

This interconnection doubles the exchange capacity between France and Spain, resulting in greater security of supply and stability for both electricity systems. More information. 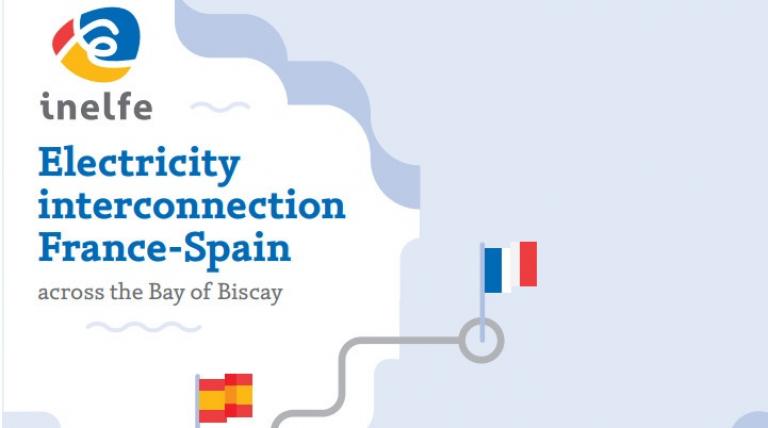 Submarine interconnection through the Bay of Biscay

This new interconnection will enable the electricity exchange capacity between Spain and France to be increased up to 5,000 MW. More information.