Since the time of Ancient Greece, coastal lighthouses have alerted sailors to the threats lurking near the coast. More than 2,500 years later, a new kind of warning system is emerging from the seabed and promises to be a watchtower for a different kind of threat: earthquakes. We are talking about submarine cables, the electricity links that connect together the power systems of one country or that connect them to those of other nations. 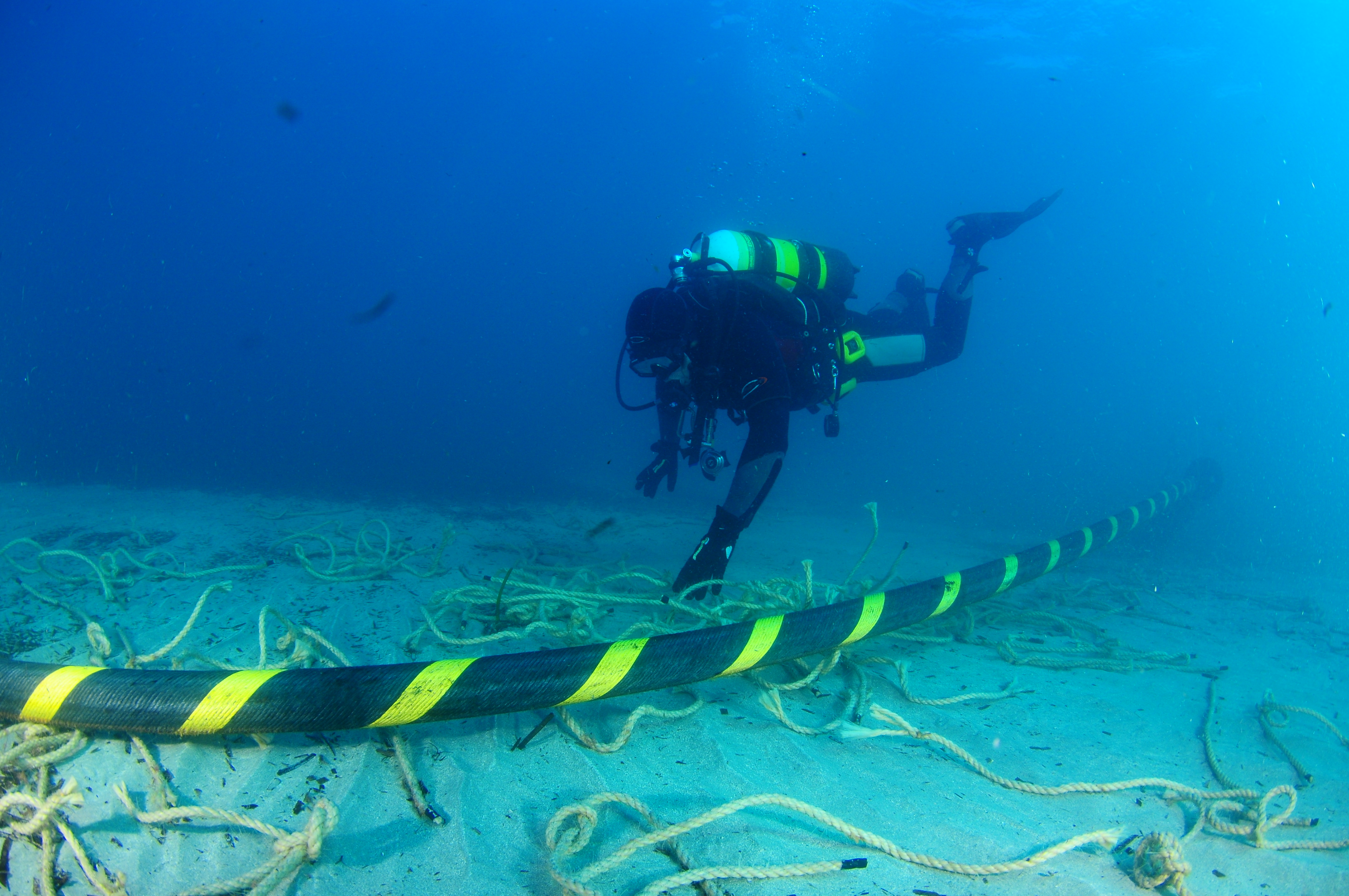 These are the initial conclusions of a pilot project carried out by Red Eléctrica in the Strait of Gibraltar together with a team of experts from the Universities of Zaragoza, Alcalá de Henares and in conjunction with the company called Aragón Photonics. "Although we will need to continue to analyse and deep dive into the data recorded in order to extract all the information, the results so far are very promising and could revolutionise the way we study underwater seismicity, something which will have a positive impact on both science and the safety of people and infrastructures", said Dr. Miguel González, Professor at the University of Alcalá de Henares.

In this discovery, as with many others of great scientific relevance, chance has played a decisive role. Red Eléctrica's engineers and the team of collaborating scientists were not expecting to obtain these results when they launched a pilot project in the Strait of Gibraltar last autumn.

It was October 2019 and Red Eléctrica was carrying out maintenance work in the area. During the execution of these works, the team of onsite engineers saw a unique window of opportunity to test out an innovative technology they had already been working on for some time. "Since 2017, we have been investigating the use of optical fibre as a way to detect possible aggressions or disturbances to our underground electricity cables," explains Mario Castro, Head of Red Eléctrica's Telecommunications department. He refers to the Distributed Acousting Sensing (DAS) technology, which transforms optical fibres (which run alongside the electricity cables), into a sensor capable of detecting and locating vibrations occurring near the cables, making it an essential tool for the safety of the lines. Red Eléctrica had successfully tested this technology between 2017 and 2018 on the underground cable sections near the Plaza substation in Zaragoza.

Initially, the long-term aim of Red Eléctrica's Telecommunications department was to extend this innovation project to both submarine cables and overhead lines. However, the sea came forth first and washed ashore a unique opportunity. The project’s engineers and scientists went to the coast of Cadiz with a clear objective: to study the viability of this technology in order to analyse the different kinds of vibrations that could indicate that a submarine cable may be subject to some form of aggression or damage. For example, trawler fishing nets or anchors belonging to boats and other situations that could jeopardise the safety and integrity of the cables, such as variations in the topography of the seabed surface on which they are laid.

But the results have surprised the team of engineers and scientists. After analysing the data obtained during the study, they have come to the initial conclusion that this technology is capable of detecting other types of vibration in addition to those expected. The data revealed that submarine cables located in the Strait can be used to detect seismic movements. Specifically, the technology made it possible to verify the measurement of vibrations coinciding with an earthquake registering a magnitude of 4.5 on the Richter scale that occurred at that time in the province of Cadiz.

In order to verify this hypothesis, the project leaders have contacted a research group at the University of Alcalá de Henares. Led by the Professor of Electronic Technology, Dr. Miguel González, this team of scientists had already demonstrated, as explained in an article published in the Nature Communications journal, that DAS technology is capable of distinguishing sea waves from seismic waves as they have different space-time (spatial and temporal) characteristics.

For researchers at the University of Alcalá de Henares, the data collected in the Red Eléctrica project is particularly relevant. The electricity interconnection between Spain and Morocco is in an exceptional location. Two tectonic plates - the African and the Eurasian - collide in the Strait, making it an area of intense seismic activity and unique for the study. "Detecting an earthquake near its epicentre can provide extremely valuable information about its aftershocks and subsequent consequences such as tsunamis," explains Dr. González.

Red Eléctrica's findings open up a new line of research for this team and, in general, for the scientific community at large: the new role of the optical fibre contained in electricity cables as a powerful seismograph. "The oceans cover 70% of the Earth, but only 1% of seismic instruments are found in the sea. But now this evidence offers us a unique opportunity to develop and deploy new underwater seismic-acoustic sensors," concludes this professor from the University of Alcalá de Henares.

Submarine electricity links thus face a new role that adds to their already important role of guaranteeing security of supply: that of protecting us from earthquakes.

DEVIFO Project: R&D+i at the service of security of supply

Red Eléctrica's relationship with DAS technology dates back to 2017, when engineers from the Telecommunications Department started up the innovation project known as DEVIFO (Vibration Detection with Optical Fibre) with the aim of reinforcing the protection of underground electrical cable conduits. "Our objective was to develop a system that would alert us to possible aggressions to underground electricity lines. To do this, we decided on DAS technology, the results of which had already been described as encouraging", explains Mario Castro, head of the Telecommunications Department at Red Eléctrica de España.

This technology turns optical fibre into a sensor capable of detecting and locating vibrations. Specifically, it consists of a laser device that emits a beam of light through the fibre. The vibrations that are produced near the optical fibre cable cause small deformations in the fibre that make the light reflect differently. The technology analyses the difference between the natural state of the fibre and the small deformation caused and, consequently, is able to detect and locate the vibration that has caused it.

Red Eléctrica's idea was to take advantage of the optical fibre that runs parallel to the electricity cables and which is used for the communication within the transmission grid (for the exchange of information between substations and communication with the control centres). To do this, Red Eléctrica brought together a team of experts from the University of Zaragoza and from Aragòn Photonics. From 2017 to 2018 they developed a pilot project in which they tested this technology in the Plaza substation in Zaragoza, where the device was installed.

(Video only in spanish version).