Within the context of a decarbonisation process that cannot be reversed, Red Eléctrica, as part of its commitment to transparency, has voluntarily drafted and published a document that sets out the methodology used to calculate the Greenhouse Gas (GHG) emissions associated with the generation of electricity in Spain. According to this report, the tonnes of CO2 equivalent have been reduced by 30 million in the last 5 years.
The Paris Agreement, in 2015, was the starting point in the race towards decarbonisation. Under the terms of the agreement, signatory countries committed to adopting a series of measures to hold the increase in the global average temperature to ‘well below 2°C’ above pre-industrial levels. To achieve this goal, the member states of the European Union have set themselves a series of energy targets that include a 40% reduction in emissions by 2030 as a prelude to ‘near-zero’ carbon emissions system by 2050.

The installation of new power generating capacity using technologies such as wind, hydro or solar are essential to achieve the targets, as they are, along with nuclear, sources of electricity without combustion and therefore do not emit CO2 equivalent.

In the case of the Spanish electricity system, emissions have been reduced as a result of the greater share of renewable energy in the generation mix, also accompanied by a decrease in coal-fired production. Thus, in just 5 years, the tonnes of CO2 equivalent registered in 2019 have been reduced by 30 million with respect to those of 2015.

These are only some of the facts raised and included in the ‘CO2 emissions associated with electricity generation in Spain’ Report (only available in Spanish) a new transparency initiative carried out by Red Eléctrica de España which details the methodology used to calculate the GHG emissions derived from the sector.

These emissions are calculated based on given emission factors which define the tonnes of CO2 equivalent emitted for each megawatt-hour (MWh) generated, depending on the technology used and the territory in which it is generated. Of note, is that in the last 5 years the emission factor has decreased by 30%, from 0.26 tCO2eq/MWh in 2015 to the figure of 0.19 tCO2eq/MWh registered last year. 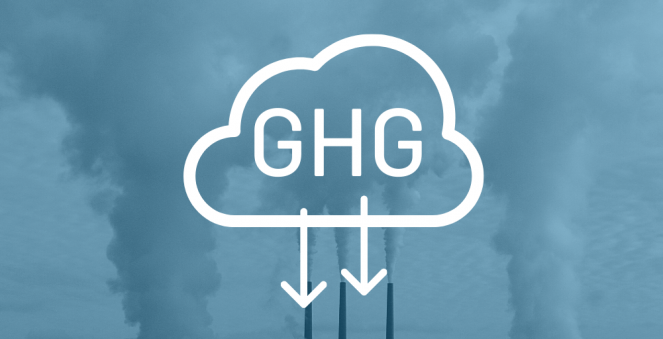 Every question has its answer
Which greenhouse gases are associated with the generation of electricity? What type of emissions are generated by the Spanish electricity system? What are the technologies that emit the most tonnes of CO2 equivalent per MWh generated? Do all fuels have the same emission factor? All these questions have their answer in the ‘CO2 emissions associated with electricity generation in Spain’ Report.
Download here the Report!