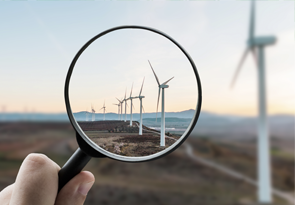 On 3 October, Red Eléctrica Corporación (REC) formalized the acquisition of Hispasat after obtaining the permits and authorisations from both the Spanish State and other countries in which the Company operates.

The acquisition price for 89.68% of the satellite manager's shares, until then held by Abertis, totalled 933 million euros. The shareholdings of Hispasat are now distributed as follows: Red Eléctrica Corporación, 89.68%, SEPI, 7.41% and CDTI, 2.91%.

The closing of this operation positions the Red Eléctrica Group as a global operator of electrical and telecommunications infrastructures, both in Spain and internationally, in line with the goals established by the Company in its Strategic Plan 2018-2022. This is undoubtedly a definitive step forward in its consolidation as a strategic global infrastructure operator managing electricity transmission grids, fibre optic networks and satellites.

The agreement will also enable the Group to expand its telecommunications business significantly into new customer segments and geographical areas, and also to explore synergies with the existing optical fibre business.

Hispasat is the leading satellite infrastructure operator in Spain and Portugal by turnover, the fourth largest operator in Latin America and the eighth largest in the world.

It currently has a fleet of 7 satellites, covers Europe and the American continent and distributes more than 1,250 radio and television channels.

Following the acquisition of this stake, Red Eléctrica Corporación will maintain the strategic commitments of the satellite operator.