This new submarine electricity interconnection through the Bay of Biscay represents a challenge that will enable the electricity exchange capacity between Spain and France to be increased up to 5,000 MW, compared to the current 2,800 MW.

The submarine electricity interconnection through the Bay of Biscay

The new electricity link through the Bay of Biscay, with a length of almost 400 kilometres, will strengthen the interconnection between Spain and France by improving security and guarantee of supply, increasing the efficiency of both electricity systems and allowing a greater integration of renewable energies. This interconnection, designated as a Project of Common Interest (PCI) in 2013, poses a major challenge for France, Spain and Europe in the achievement of the goals set out regarding energy transition in Europe.

The new interconnection between the Gatika substation (near Bilbao, Spain) and the Cubnezais substation (in the French region of Aquitaine) consists of 4 cables, two per link. This underwater and underground direct current dual link will have a transmission capacity of 2x1,000 MW.

At present, this project is in the consultation phase and it is foreseen that the interconnection be commissioned in the 2026-2027 horizon.

This new interconnection represents a new challenge for Red Eléctrica after having successfully completed and commissioned the Baixas-Santa Llogaia underground interconnection in the eastern Pyrenees.

A European 'Project of Common Interest'

The new electricity interconnection between Spain and France has been designated as a European ‘Project of Common Interest (PCI)’. Spain currently has a level of interconnection with Europe that is far from the minimum set by the European Union (EU) for 2020: a minimum of 10% of installed production capacity. The EU established this minimum in 2002 in order to eliminate isolated electricity systems, facilitate mutual support and promote the European Single Electricity Market.

This new link is essential as it will increase the commercial exchange capacity, bringing the current capacity from 2,800 MW up to 5,000 MW. Nonetheless, Spain will continue to need to develop new interconnections. However, even with the commissioning of the rest of the interconnections planned up to 2020, Spain will continue be the only continental European country below the minimum exchange capacity set by the European Union. 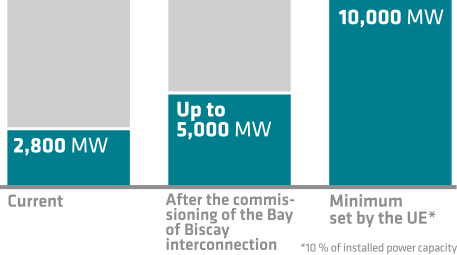 INELFE, company responsible for the project
INELFE is a joint-stock company founded on 1 October 2008 with shares held equally by the companies responsible for the management and operation of the Spanish and French electricity transmission grids, Red Eléctrica de España (REE) and Réseau de Transport d’Eléctricité (RTE) respectively.

INELFE is a simplified joint-stock company governed by French law and which has already carried out the project and commissioned the first electricity interconnection between France and Spain through the Pyrenees.

This interconnection is composed of a dual submarine and underground link that will have a length of 370 kilometres, of which 280 kilometres will be submarine cable. The line will be in direct current, instead of alternating current used in both the Spanish and French transmission grids, whereby it will require converter stations at each end of the interconnection line. 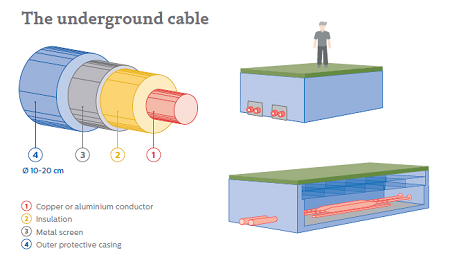 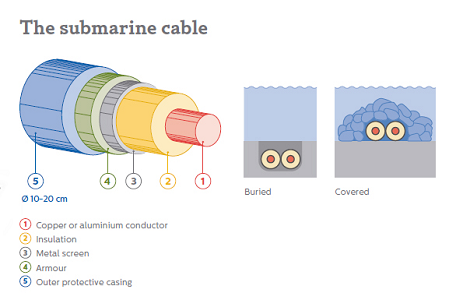 2019: discovery of instability in the submarine canyon 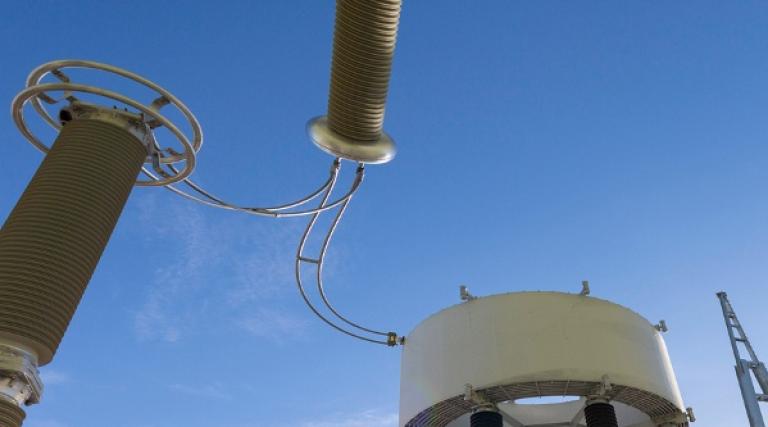 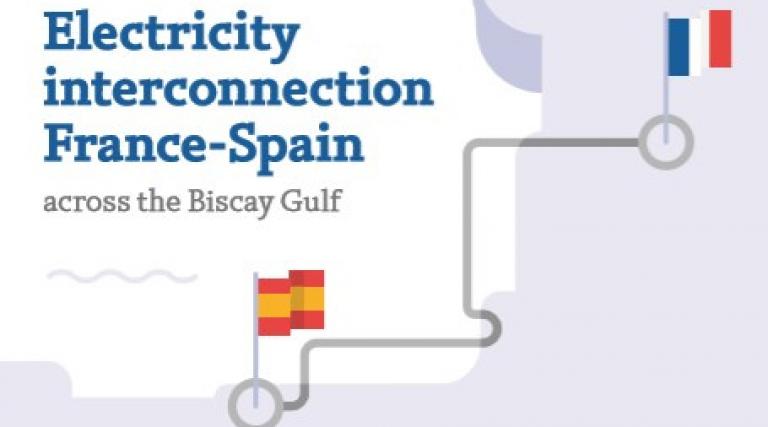 Explore the features of the submarine interconnection:

Status of the environmental permitting process of projects