Subscribe to 'Daily REE'!
Receive our instant alerts
International activity
For the Company, the development of international business is a natural growth path which is centred mainly on the construction, management and operation of transmission grids outside Spain, currently in Peru, Chile and Brazil.

The Company has been present in South America since 1999, where it manages several transmission grids through different subsidiaries integrated into Red Eléctrica Internacional (REI); a task it accomplishes maintaining excellent rates of availability of the facilities.

In Peru, REI owns 100% of the following companies: Red Eléctrica Andina (REA), a company specialised in electrical maintenance of medium and high voltage infrastructure, protection systems and telecommunications systems, as well as technical consulting for energy projects; and Red Eléctrica del Sur (REDESUR), a company which manages the transmission of electricity in the Arequipa, Moquegua, Tacna and Puno administrative regions of southern Peru and Red Eléctrica del Norte (REDELNOR) in Cajamarca, Amazonas and San Martín.

In Chile, REI manages Red Eléctrica Chile, a company wholly owned by REI. This subsidiary has acquired 50% of the share capital of Transmisora Eléctrica del Norte (TEN), ), 70% of REDENOR and 100% of Centinela Transmisión.

Red Eléctrica Chile acquired 50% of the share capital of Transmisora Eléctrica del Norte (TEN), owned by the Chilean company EC-L (belonging to the Engie Group). This transaction allowed Red Eléctrica to enter into the electricity transmission business in Chile.

The Chilean company TEN is responsible for the construction of the first interconnection line between the north and central electricity subsystems of Chile. Once the 500 kV Mejillones-Cardones transmission line is completed, it will have a length of 600 km.

Visit TEN’s website for more information on the construction of this interconnection. 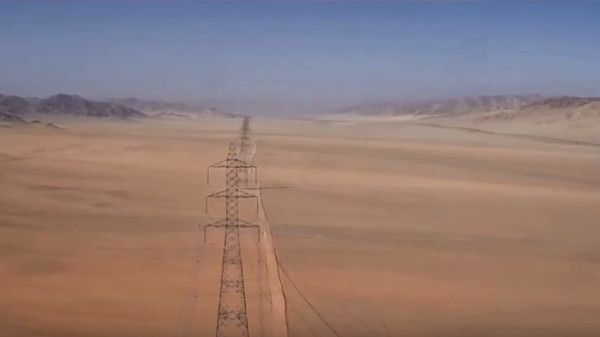 In July 2018, Red Eléctrica Chile acquired 100% of the share capital of Centinela Transmisión, owned by Minera Centinela, for a total of 117.2 million dollars; the transaction included not only operating assets but also those projects currently under construction. Centinela Transmisión manages and operates three 220 kilovolt lines (totalling 265 km of line circuit) in the Antofagasta region of northern Chile that connect the substations of Encuentro - El Tesoro, El Tesoro - Esperanza and El Cobre - Esperanza. The acquisition also includes the construction works for the enlargement of these facilities as set out in Chile's Transmission System Expansion Plan, for the period 2016-2017, and which are curently being managed and carried out by Centinela Transmisión.

In November 2019, the Red Eléctrica Group and Grupo Energía Bogotá reached an agreement to jointly acquire, in equal shares, 100% of the shareholding of Argo Energía (Argo Energia Empreendimentos e Participações), a Brazilian company dedicated to the management and operation of high voltage transmission networks and that currently has a workforce of more than 100 employees. With the acquisition of 50% of this company, the Red Eléctrica Group commences its activity in Brazil and will co-manage three electricity concession contracts for a period of 30 years; said contracts encompass and entail the management of a total 1,460 km of high voltage circuit (500 kV and 230 kV) and 11 substations.