Awareness campaign regarding forest fires in rural areas of Tenerife

Awareness campaign regarding forest fires in rural areas of Tenerife

Collaboration agreement between Red Eléctrica and the Island Council of Tenerife for the prevention and fighting of forest fires.

In 2014, Red Eléctrica together with the Island Council of Tenerife carried out an awareness campaign in order to make the population living in rural areas of the island aware of the measures to take to prevent fire and its spread.

The campaign consisted of 20 informative sessions aimed at some 1,500 people living near forested areas. Similarly, graphics and videos were produced to show the public the difficulty of firefighting activities, its limitations and the real capabilities of neighbours to actually take on a forest fire with their own resources.

In addition, public information and fire warning activities regarding the high fire risk in the area were carried out during periods of adverse weather conditions (heat wave). These had an impact on approximately 70,000-80,000 people through the mass media (radio, informative session, press) and approximately 15,000 people via direct information methods (social networks, road signage, door-to-door, patrols in high-risk areas, etc.). 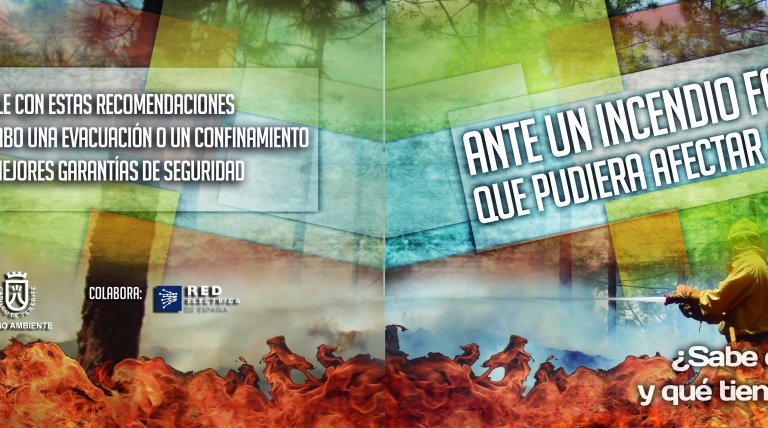